Which WeChat articles by overseas tourism destinations got the most views in 2022? Here are the top 10 most-viewed articles by national, regional or municipal tourism boards published on WeChat this year.

Which WeChat articles by overseas tourism destinations got the most views in 2022? Here are the top 10 most-viewed articles by national, regional or municipal tourism boards published on WeChat this year. The ranking is based on the number of views the article received the week it was published (as catalogued in Dragon Trail’s WeChat rankings).

The destinations were geographically spread out across three continents, and the three accounts to make it to the top 10 list with more than one article were Visit Korea (Guangzhou Office), the Philippine Department of Tourism, and the Singapore Tourism Board.

Article topics varied significantly from pop stars to entry requirements, but many included interactive features and giveaways. Read on for the full list… 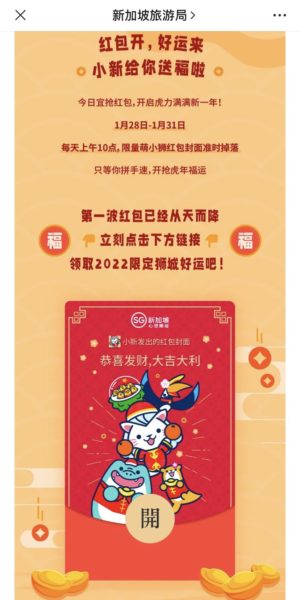 From 28-31 January, the Singapore Tourism Board released a limited number of cute, branded digital red envelope covers each day. At the same time, they also ran a Lunar New Year competition, with prizes for those who got the most likes for their comments on the STB WeChat post. 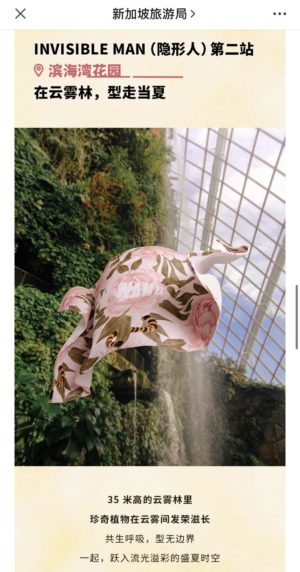 The second most-read NTO article of the quarter was by Singapore Tourism Board, about a pop-up fashion space at Voco hotel, by singer, record producer, and fashion designer Jackson Wang. The article also showed the fashion designs in various locations around Singapore 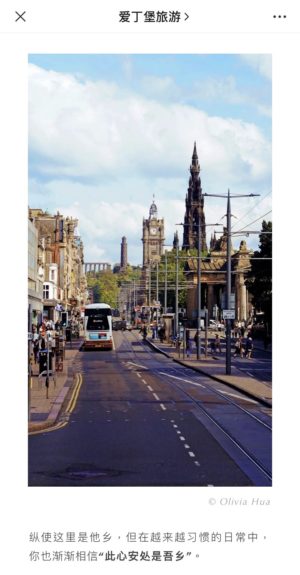 With an essay about student life in Edinburgh, and dozens of UCG photos, this post tells the story of settling in to Edinburgh, including its sights, experiences, and impact on self-development. 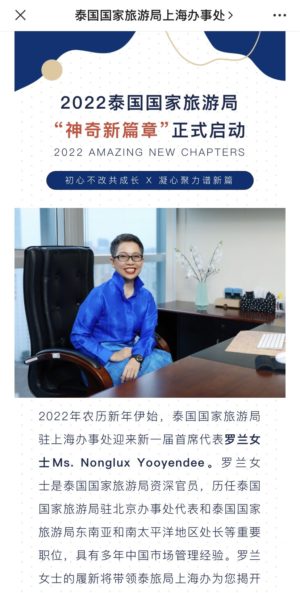 The Tourism Authority of Thailand’s Shanghai office had the highest average views per post among any national tourism board on WeChat in 2022. Its top-performing article, launched Thailand’s Amazing New Chapters campaign with a WeChat Channels video, and introduced new Chief Representative Nonglux Yooyendee.

To celebrate 30 years of diplomatic relations between South Korea and the PRC, the tourism board ran a spoken-Korean competition, where contestants recorded videos of themselves speaking Korean, and WeChat viewers got to vote for their top choice. 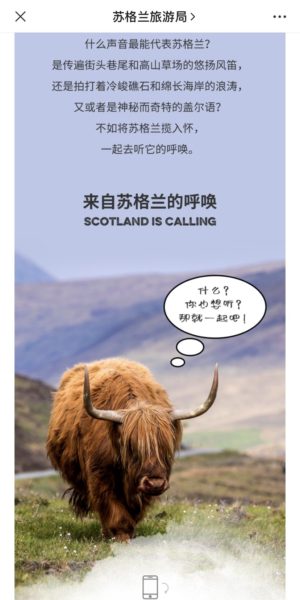 Part of the months-long “Scotland is calling” campaign, this interactive, video-laden post was the most-viewed NTO article on WeChat in Q1 2022. 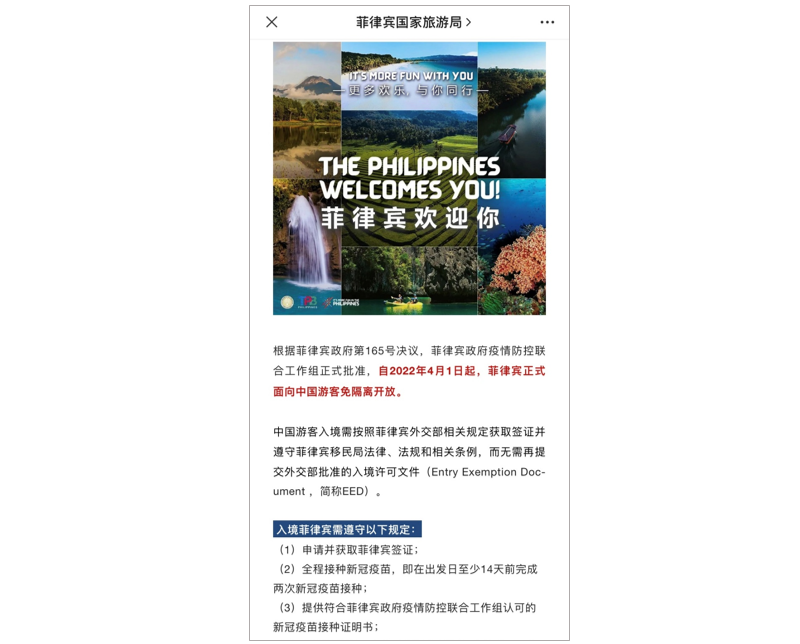 From 1 April 2022, the Philippines welcomed Chinese visitors with no quarantine requirements. The article set out the rules for entry into the country, including COVID vaccination and testing requirements. 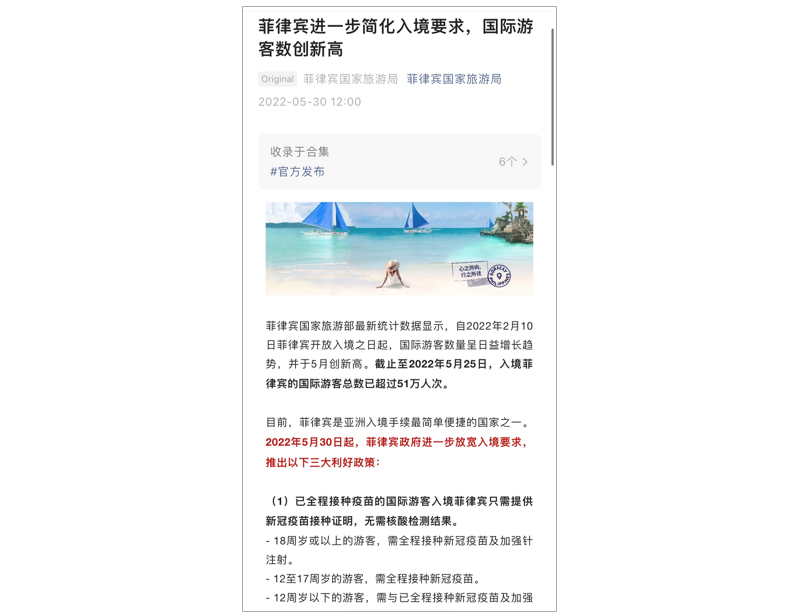 As of 25 May, the Philippines had welcomed 510k international visitors, with new entry rules relaxation from 30 May. Testing requirements were removed for fully vaccinated arrivals. 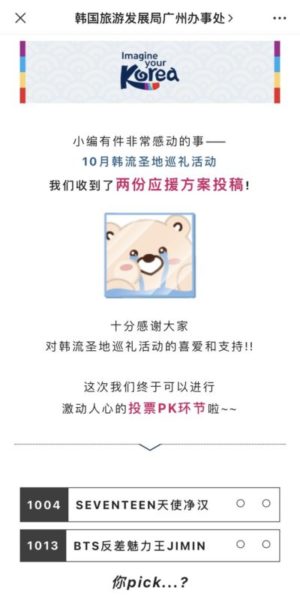 This article asked readers to vote for the pop idol they wanted featured at October’s monthly event at Korea Plaza in Guangzhou, supported by the tourism office. The choices were Seventeen’s Jeonghan and BTS’s Jimin. Jimin won with 51% of the vote. 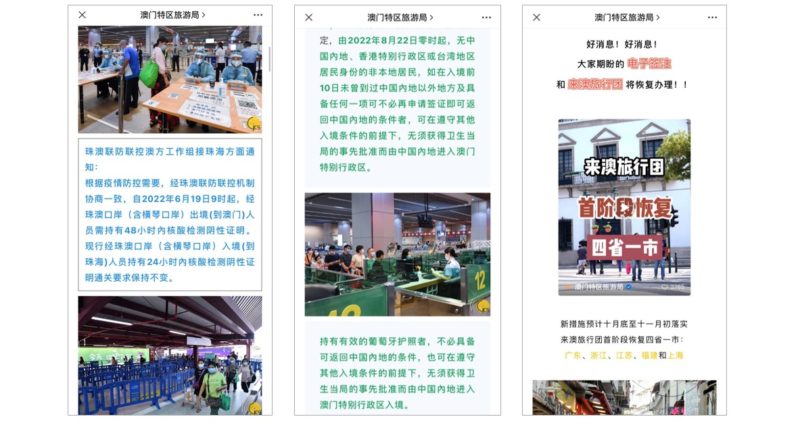 For years, as the only outbound destination to which mainland Chinese can travel without quarantine on return, Macau has been a significant outlier among WeChat accounts. Actually, 42 of the top 50 destination WeChat articles in 2022 were published by the MGTO, but in the interest of showing what other content from around the world was popular with WeChat users, we took the account out of the above top 10 list. In 2022, Macau published five articles that surpassed 100k views each, and they were all news about changing travel regulations between the mainland and Macau.