What You Need To Know About Chinese Family Travel 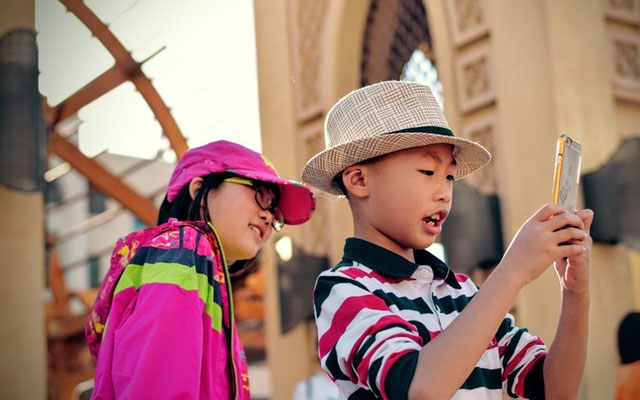 Family travel is one of the most important areas of the Chinese outbound travel market – in fact, it was the “fastest-growing segment in China’s outbound travel market” for Chinese New Year 2017 (Forbes), with an 18 percent year-on-year increase in groups of up to four family members, and family travel making up over half of all overseas Chinese travel over the Chinese New Year holiday.

But what does ‘family travel’, in the Chinese context, really mean? It’s more diverse than just parents traveling with young children, with family groups comprising different generations and configurations. This creates more opportunities for catering to different kinds of Chinese family tourism and for understanding how family tourism influences the overall Chinese outbound travel market.

Types of family groups
Hotels.com’s 2017 China International Travel Market (CITM) report showed that 67% of Chinese travelers born in the 1970s travel with children. The percentage for the 1980s generation was 52%, and for the generation born in the 1960s, it’s 40%.

For families with young children, a 2015 report by Chinese OTA LY.com and online portal for mothers, mama.cn, estimated a potential market of 80 million families made up of parents traveling with children aged 3-10. The report showed that 75% of parents wanted to take their children on a family trip overseas, and that 70% of children going abroad with their parents are aged between 3 to 10 years old.

Finally, there are post 90s millennials who travel together with their post 60s generation parents. This arrangement is significantly influenced by finances, as the recent CITM report showed that 34% of post 90s millennials do not yet have income of their own, so they must rely on their parents to fund their travel – 35 percent without an income reported traveling together with their parents, compared to 21 percent of those who do have an income.

Parents’ influence on their children
Adult children traveling together with their parents make travel decisions based on the needs of the older generation. A 2016 study by Wego showed that young professionals were very considerate of their aging parents while traveling together, booking better airline seats for their parents and opting to stay at hotels that serve Chinese food to make sure their parents were comfortable and happy.

This post 60s generation is becoming more adventurous on the whole, with plans for backpacking more than tripling from 6 to 21 percent since last year, and interest in eco tours doubling from 12 to 25 percent. This generation is getting more independent, too – 45 percent of post 60s did group travel in 2016, but only 12 percent said they planned to do so in the next 12 months. Still, the influence of their children is undeniable. Most significantly, 24 percent of post 60s who had traveled with children in the past 12 months said they would do a private luxury tour, compared to 17 who hadn’t traveled with their children. For eco tourism, the difference was 23 percent who hadn’t traveled with children, versus 29 percent of those who had.