Released January 5, 2021, Douyin’s 2020 Data Report shares information on the biggest trends on the Chinese short video platform during the last year, including information on travel-related content.

Released January 5, 2021, Douyin’s 2020 Data Report shares information on the biggest trends on the Chinese short video platform during the last year, including information on travel-related content. Click here to read the full report (in Chinese).

As of December, the app sees 400 million searches per day, and had 600 million daily active users in August.

Unsurprisingly, Douyin users posted increasingly more travel-related content throughout the year, as domestic travel in China recovered, with a surge during the October holiday. The October Golden Week saw 10 times the number of Douyin content from tourist attractions compared to Chinese New Year 2020, when the country was starting to go into lockdown. 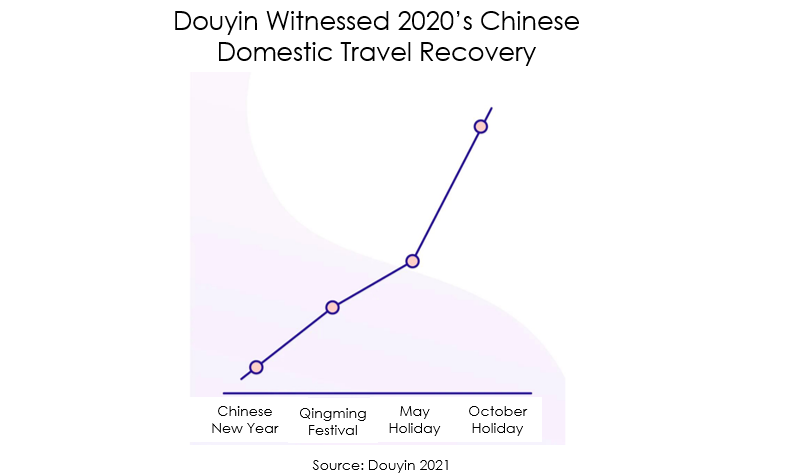 Despite the trend towards more remote destinations in western China, the top 10 fastest-growing attractions for Douyin content were generally all located in the eastern part of the country and included three zoos, a Shanghai war memorial, an adventure park, a theme park, a wetlands park, and three scenic mountain areas.

Can Douyin/TikTok Be Used by Travel Brands