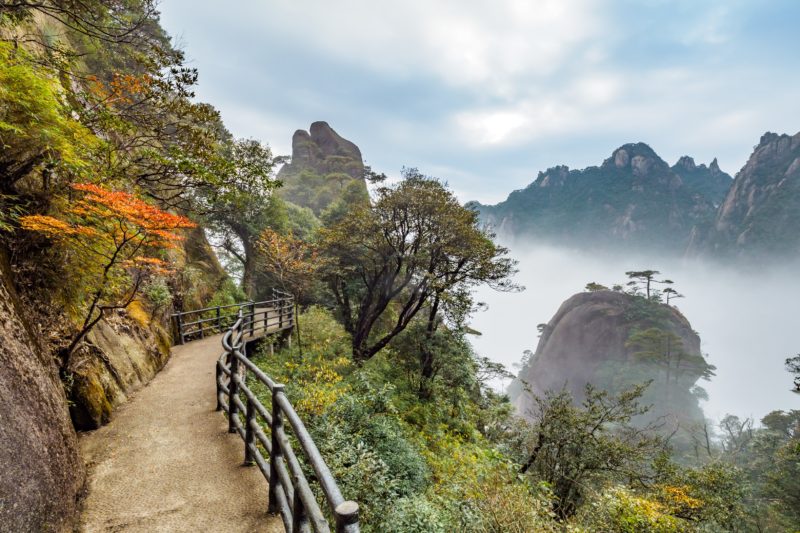 According to China’s Ministry of Culture and Tourism, Chinese travelers took 637 million trips during 2020’s October holiday, 79% of the domestic trips taken during the same holiday period in 2019. Spending reached RMB466.56 billion, or 69.9% of 2019’s holiday spending.

In an interview about 2020’s Golden Week, the China Tourism Academy pointed to major recovery and growth of Chinese domestic tourism since the May Labor Day holiday, with a U-shaped recovery going into Q4. The recovery of outbound and inbound markets this winter and next spring will depend on virus control outside of China, said the Academy’s spokesperson.

The shift away from group tours and towards private groups and FIT is significant. The China Tourism Academy reported that in the southeastern city of Fuzhou, less than 2% of holiday travelers were part of an organized group tour. The Trip.com Group reported a 100% year-on-year increase in private family groups.

Young people continue to be the driving force behind China’s tourism recovery. 30% of travelers who booked through Alibaba’s travel marketplace, Fliggy, were born in 1995 or later. Data from the Trip.com Group (aka Ctrip) showed that 60% of travelers were in the post-90s or post-00s generations.

Car rentals were up 50% year-on-year through the Trip.com Group, and “self-driving” and “car rental” showed significant spikes this year as search terms on WeChat.

OTA Qunar saw double the number of bookings for travel to western China this year compared to 2019. One of the clear winners among travel destinations was Sanya, on Hainan Island. The Trip.com Group listed Sanya as their top destination, but the other leading cities on their list were Shanghai, Beijing, Chengdu, Hangzhou, Xi’an, Kunming, and Nanjing, showing strong regional diversity rather than travel limited to any one part of the country.

Based on data reported by 223 attractions in Beijing, China’s capital received 99.7% of the tourists it did during October’s Golden Week in 2019. Other northern cities, like Harbin and Changchun, showed significant increases in hotel bookings on OTA Tongcheng-eLong compared to 2019, indicating that this part of the country – previously lagging in tourism recovery due to COVID-19 outbreaks – is back on the map for tourism, too.

The Trip.com Group reported a 100% increase in flight bookings from September to October, with a 200% increase in bus ticket purchases, and 300% increase for train tickets. The Ministry of Transport said the holiday saw 13 million train trips. Tongcheng-eLong reported a 27% increase in transportation booking compared to 2019.

According to Tongcheng-eLong, hotel bookings were up 43% compared to 2019, with a 55% increase for hotel bookings in cities classified as third-tier or below. Fliggy said there was a 100% year-on-year increase in reservations for high-end hotels.

The Trip.com Group’s holiday report said that hotels by the sea, along rivers, or located in historic parts of cities and towns were the most popular. Hotel GMV was up 100%, comparing September to October 2020.

While overall tourism revenue may have fallen short of 2019’s numbers, spending did increase in a number of areas. One of these was shopping, which was up 6.3% year on year. The big winner was Haikou’s Duty Free Store in Hainan, which made RMB 1.04 billion and received 146,800 visits.

The Trip.com Group saw a 100% year-on-year increase in booking for tourist attractions, a historic high. Pushed along by the COVID-19 crisis and required real-name advanced booking, online ticketing for reservations has developed significantly. According to the China Tourism Academy, almost 83% of travelers made advance reservations for an attraction during the holiday.

According to a report from Tencent and Meituan, there were more than 83% more ticket sales in the first three days of October’s holiday compared to May. The top attractions were generally outdoors, including parks, zoos, and theme parks. The Trip.com Group also noted that outdoor adventure activities like diving, paragliding, and hot air ballooning were popular. That said, China Tourism Academy data shows that 40.5% of holiday travelers visited a museum, with 27.1% visiting an art museum or gallery.