5 Things We Learned About Chinese Outbound Tourism at WTM

One of the world’s largest travel trade events, WTM London brought together exhibitors from all around the world from 6-8 November, 2017. 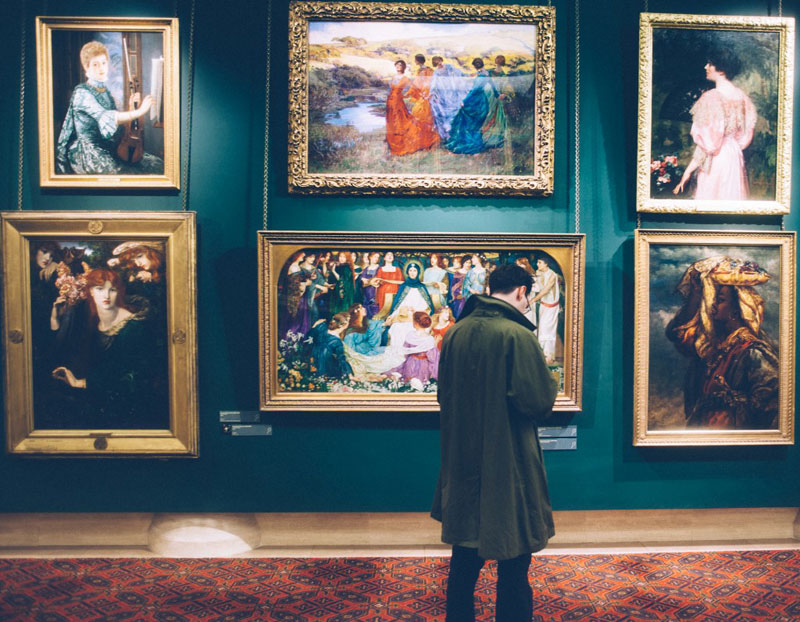 One of the world’s largest travel trade events, WTM London brought together exhibitors from all around the world from 6-8 November, 2017. As well as presenting at events, the Dragon Trail Interactive team also had the chance to speak to many attractions and destinations about their recent on-the-ground experiences with Chinese tourism. Here are five of the most significant trends we picked up on from our conversations with the travel trade.

1. Group travel isn’t dead yet
Independent travel is definitely on the rise – so much so that we co-hosted an event on the topic at WTM – and many destinations reported a significant increase in FIT travel in the past several years. But large group travel is still a significant factor for Chinese tourism, even in Europe. The Titanic Belfast told us that their Chinese visitors are still all or mostly all large groups, and Madurodam miniature village in The Hague has seen more growth from the group tour market than in FIT numbers. We look forward to seeing if and how this changes in the next year or two.

2. Middle aged men are driving adventure travel
When we talk about the rise of sports, outdoors and adventure travel for the Chinese market, we might assume that this is driven by young, active Chinese millennials. However, tourism professionals in both Italy and Switzerland said that in their experience, it’s actually more likely to be older businessmen who want to do road cycling and hiking. This goes along with Hotels.com’s China International Travel Monitor 2017 report, which found that the increase in interest in backpacking and eco tours was more pronounced among those Chinese travelers born in the 1960s than with younger generations – 21% said they planned to do backpacking in the next 12 months, up from just 6% in 2016 (the increase among all age groups was 10-26%), and interest in eco tours increased from 11% to 27% (12-25% among all age groups).

3. Dispersal is the next step
Dispersal was a hot topic at WTM, where it was brought up at several events – including by Regional Director for Asia and the Pacific at the World Tourism Organization (UNWTO), Xu Jing – as the antidote to overtourism. Even within popular tourist destinations, there is high potential for increased dispersal of tourists, and we also found this for Chinese tourism. While New York City’s Museum of Modern Art counts Chinese “firmly in [their] top 10” for international visitors and is quite advanced in its China-focused marketing and visitor amenities, another Manhattan modern art museum just 3 miles away, the Whitney Museum of American Art, said they have few Chinese visitors and no Chinese social media presence.

Chinese tourism has huge growth potential for the United States as a whole, as the market matures and starts to disperse throughout the country, rather than staying in California, New York and other coastal pockets. Places like the American South and Colorado are only just starting to launch programs to target the Chinese market, hoping to attract repeat tourists who have already ticked off the obvious destinations and want to get a deeper experience of the country.

4. Cruises have wide-reaching impacts
China is now the world’s second largest cruise market, and it’s important to realize that cruise-goers don’t just stay on the ship. The Rijksmuseum in Amsterdam said that Kuoni River Cruises and Viking Cruises (the latter of which has surged in WeChat rankings this year) are bringing more and more Chinese to the city and museum. Belfast is another major cruise destination, both as a setting-off point for Norwegian fjord cruises – a big trend for Chinese travelers – and for the officially ‘China-ready’ Stena Line ferry, which brings about 40,000 Chinese from Scotland to Belfast annually. A representative at Titanic Belfast explained that while Chinese tour groups used to just stop for a quick photo before getting back on the boat, they are now staying longer and visiting the venue.

5. Interest in culture is developing
Around the world, attractions are reporting a shift in Chinese tourism away from shopping and main attractions to more cultural experiences. “It used to be that they would spend one hour in the diamond store,” explained Helene Bothof from the Rijksmuseum, but now Chinese visitors are spending longer and doing more in Amsterdam. “Culture and experiences is something they value,” echoed Lesley Makishima from the San Francisco Museum of Modern Art, describing the shift in interest from shopping and only visiting main attractions to culture. Interest in cultural destinations is getting deeper, too, with representatives from Versailles saying that in recent years, Chinese tourists have started to spend longer in the communities around Versailles rather than just visiting the palace.